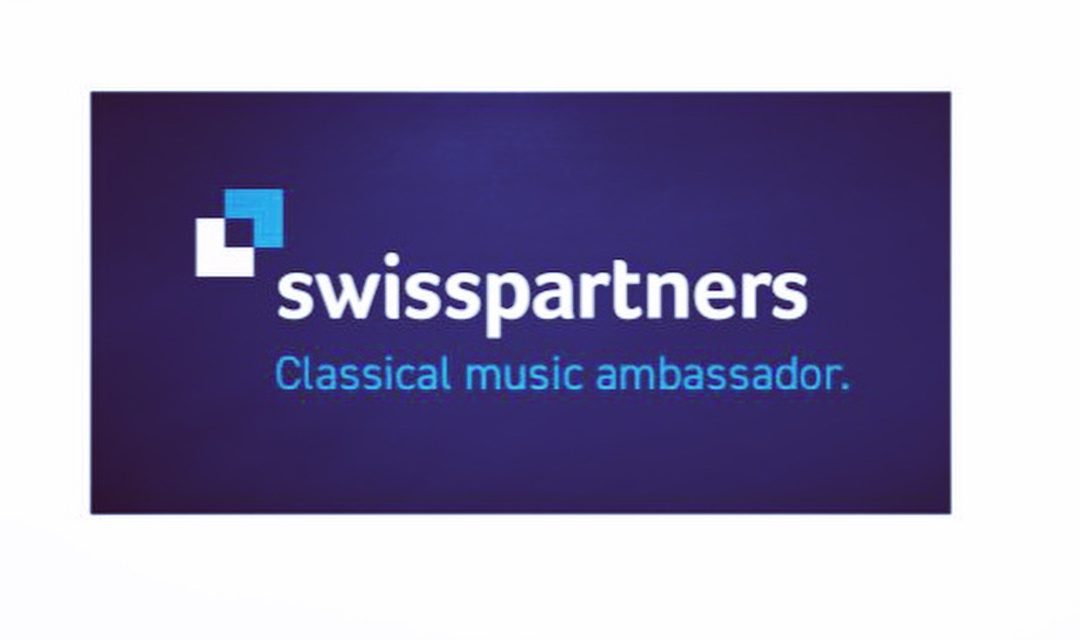 On the 1st of September 2022 a new collaboration and sponsorship started with swisspartners as CLASSICAL MUSIC AMBASSADOR!
Swisspartners is one of the most important independent Swiss financial service providers. Art has always played a major role at swisspartners, and this is reflected in their slogan “the art of finance”.
More information: www.swisspartners.com

During the concert season 22/23, Joseph-Maurice Weder will appear as a soloist with the Orquestra Sinfônica do Teatro Nacional de Brasília, Orquesta Sinfónica Nacional de Montevideo and the Swiss Orchestra. Concert tours also take him to Thailand (Bangkok), the Philippines (Manila), Singapore, Brazil (Brasilia) and Germany (Berlin). In Switzerland he will be performing in Geneva, Biel, Solothurn, Aarau, Zug and in the new concert hall in Andermatt. 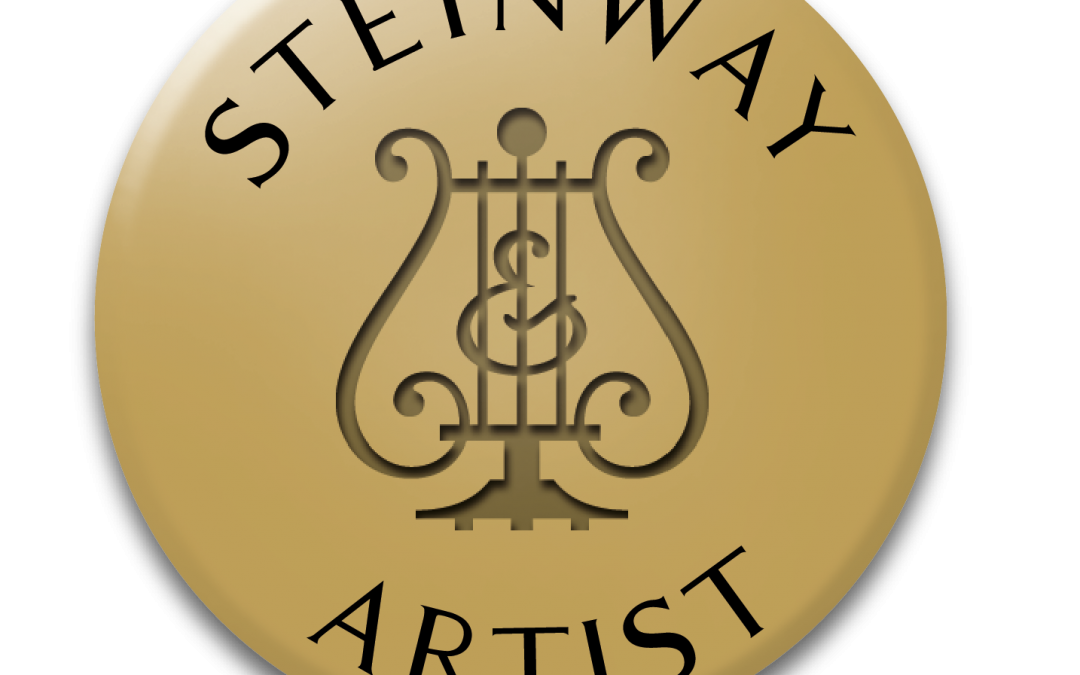 In August 2020 Joseph-Maurice Weder was accepted by Steinway Hamburg and is now officially a “Steinway Artist”.

“…with Schumann’s Kinderszenen, he demonstrates the sensitive and contemplative nature of his talent…”

Since launching his international career with winning the prestigious Swiss Ambassador’s Award in London and  his debut recital at London’s Wigmore Hall in 2013, the Swiss pianist Joseph-Maurice Weder has continued to capture the attention of critics and audiences.

His discography includes an acclaimed recording of both Chopin Concerti in chamber version with the Berliner Camerata for the  German label Oehms Classics. In 2007, he released a live recording of Beethoven’s 3rd Piano Concerto with The Chamber Orchestra of the City of Bratislava. „The London Recital”, recorded live at the Wigmore Hall,  is since autumn 2016 worldwide online and includes sonatas by Schubert and Brahms. His most recent recording, devoted to Liszt (the b minor Sonata) and Schumann (Kinderszenen), was released by the German label MDG.

Joseph-Maurice Weder entered the Musikhochschule Basel at the age of 12, under the guidance of Prof. Adrian Oetiker. From 2011 until 2015 he studied with Prof. Filippo Gamba. He attended master classes with Piotr Anderszewski, Dmitri Alexeev, Prof. Homero Francesch, Prof. Gérard Wyss and Louis Lortie.

Besides his concert activity, his great passion is teaching. In 2017 he was appointed to the piano faculty at the College in Aarau (Switzerland). Furthermore he was invited as a Guest Professor to give masterclasses at the Royal Welsh College of Music & Drama (Wales), Universidad Nacional de Música in Lima (Peru), Komitas State Conservatory in Yerevan (Armenia), Universidad EAFIT in Medellín (Colombia), Music Academy in Dnipropetrovsk (Ukraine), “Instituto de Artes da Universidade Estadual Paulista” de São Paulo (Brazil) and at the Fundación Musical Simon Bolivar („EL SISTEMA“) in Caracas (Venezuela).

„…sound is demonstration class…Joseph-Maurice Weder’s view of the Liszt Sonata, presented as a single track, unfolds magisterially in detail…much to admire in the Schumann, not least the intimate fireside atmosphere Weder produces…there is a welcome simplicity and directness to his approach…“
GRAMOPHONE Magazin, Januar 2019

„…Joseph-Maurice Weder convinces with a noble tone and with inspired virtuosity. The interaction with the Berlin Camerata is emphatic, as there is a clear diction of making music and a slender overall sound prevail… the soloist shows his lyrical qualities – delicate, contoured, emotionally conclusive. The virtuosity…. he takes effortlessly… A sonically and interpretatively attractive recording…“
Klassik.com-Magazin (Deutschland), 2018

„…got hooked right from the beginning and soon became aware that Weder’s reading makes such a compelling statement ‘as is’ that comparison with anyone else (Brendel for example) would only distract from this unexpected experience. Weder has all the faculties needed for this unique sonata: The power, the technique, the insight, and above all the affectionate understanding and subtle patience required for laying bare the complex and varying moods of a composer at the height of his creative life.
Despite of his fast and powerful ‘energico’, Weder’s interpretation takes up more time than many other recordings do. This is not a rushed power house reading; it’s much more, it’s a perfect proof of highly developed maturity – rare such an early age in a career – steering clear from outright ‘showing off’. I’d say: mission accomplished!
With Schumann’s following 13 ‘Kinderszenen’, Joseph-Maurice Weder demonstrates the sensitive and contemplative nature of his talent. This time I wanted to compare with the reading of Maria Joao Pires at a similar young age (recorded by Erato in 1984), but the same thing happened. The sheer magic of Weder’s playing kept me spell bound till the end, convincing me once again that he is an incomparable, natural talent in his own right…“
HRaudio.net, 2018

“…The Piano Sonata in B Minor by Liszt is an highly appreciated work and at the same time dreaded by pianists, which at the time of its world premiere has brought performers and instruments to their limits. To this day, the sonata is regarded as the epitome of the highly virtuoso piano art of the 19th century. Joseph-Maurice Weder masters this hurdles effortlessly and convincingly…the emotional touch of the pianist and the sound of the instrument enter into a unique symbiosis, making the CD recording a rarity…the recording by Weder is an enrichment at any point of view…”
Piano News, 2018 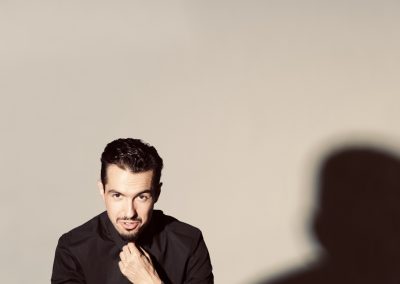 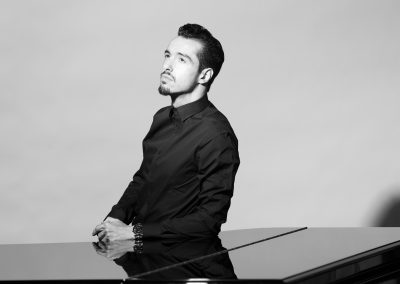 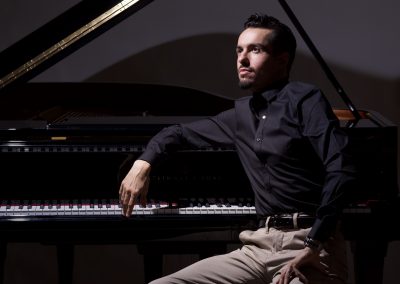 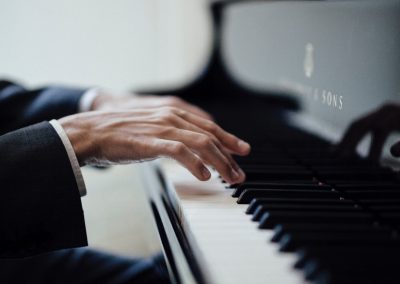 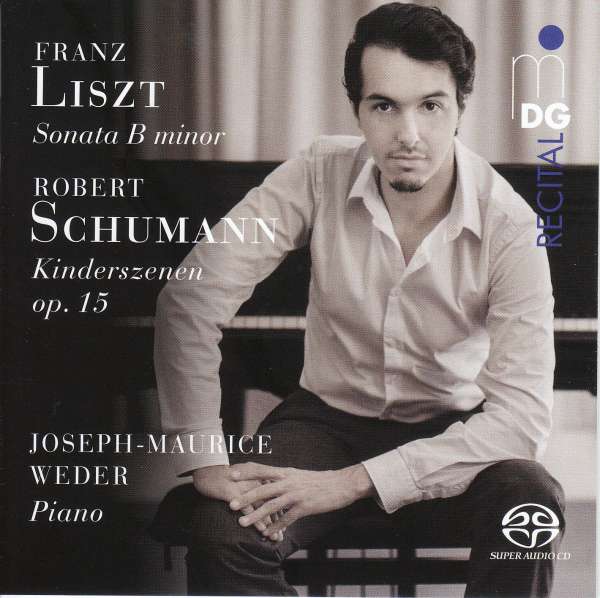 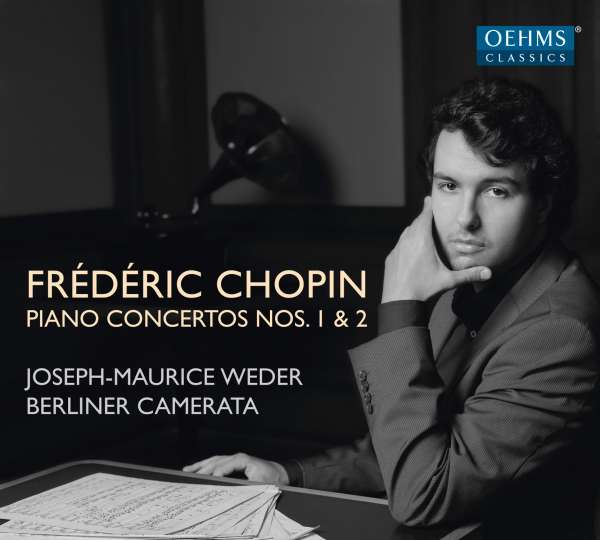